Habas are a traditional type of spanish bean, that catalan chefs (after their granmother's cookbook!) have turn into one of the greatest tapas nowadays! 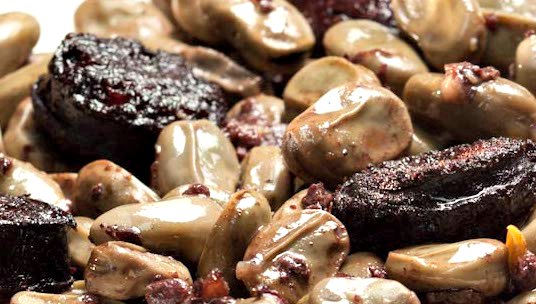 Put a casserole to the fire with the olive oil, and add the fine chopped onions and half of the fresh bacon diced. When it’s gilding, add a part of the Catalan sausage and all the beans, next we add him the white wine and the aromatic herbs, the rest of the bacon and of the Catalan sausage.

Season with the salt and the sugar and let it cook until the beans are tender.

Finally to add the “barreja" (mixture of anisette and muscatel).