Esqueixada is a quintessential Catalan salad (esqueixar is Catalan for “to tear”). The main ingredient is always cod. Some versions also include green bell peppers; others eliminate the peppers altogether. I make mine with red only. 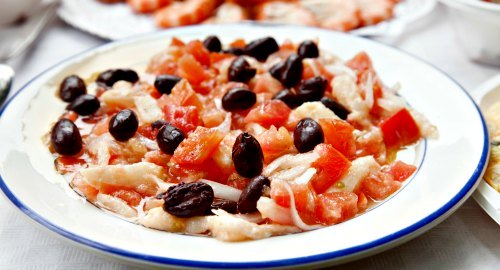 Tear the cod into small pieces, discarding any skin or bones.

In a bowl, combine the cod and onion, and pour in the olive oil to cover.

Cover and refrigerate for at least 1 hour or for up to a few hours.

Drain the cod and onion and transfer to a large bowl.

Add the tomatoes, bell pepper, and olives and mix well.

Drizzle with the vinaigrette and toss to coat evenly.

Cover and refrigerate until well chilled and serve cold. 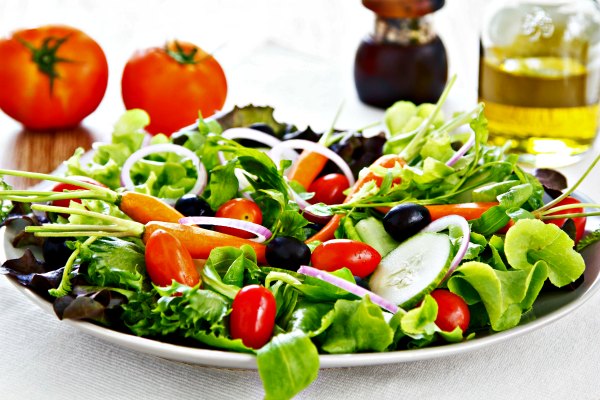 Spanish Salads: During the hot summer months, Spaniards look forward to their cuisine’s rich array of cold soups and salads. Salads range from uncomplicated combinations to more elaborate compositions. With the exception of the seasoned lettuce or escarole leaves that usually accompany roasted lamb or goat, salads are served before the main course