Though it originated in Galicia or the neighboring region of Leon, pulpo a feira, as it is known in Galician, or pulpo a la gallega, as it is called in Spanish, is now popular throughout Spain. It is usually served on wooden plates with cachelos, potatoes that have been boiled or roasted in embers with their skins on.

Frozen octopus works particularly well, since the freezing tenderizes the otherwise quite tough meat, so that is what I suggest you use here. If you prefer to use a fresh octopus, you will need to practice the almost tribal tradition of beating the animal with a rock or meat mallet to rid of its rubbery texture. Another option is to freeze fresh octopus for about two weeks to tenderize it.

The size of the most commonly available octopus is about three pounds; smaller ones, while more tender, are not suited to this preparation, since the tentacles would be too small when cut into rings.

In a large stockpot, combine the water and 5 tablespoons of the salt and bring to a boil. While the water is heating, rinse the octopus under running cold water. Using sharp kitchen scissors, cut out the mouth and the eyes.

With a long fork, pierce the octopus to get a good grip and dip it into the boiling water. Lift out immediately and, when the water returns to a boil, dip it briefly again. Repeat this dipping procedure 3 or 4 times, or until the tentacles have curled. (Dipping the octopus into boiling water helps to tenderize it.) Submerge the octopus in the water and let it boil over medium heat for about 2 hours, or until it is tender when pierced with a knife.

Turn off the heat and let the octopus rest in the hot water for 10 minutes. Lift the octopus from the water and cut it into pieces with the scissors: the tentacles into 1/2-inch-thick rings and the body into small chunks. Divide the octopus pieces evenly among 6 plates. 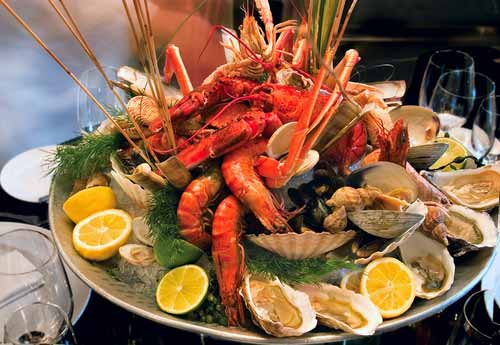 Galicia recipes: Its cuisine is one of the main tourist attractions of Galicia: the exquisite delicacies of this region are based on the high quality and variety of the local products used in the preparation of dishes. Country, farm and sea products are unique in their characteristics and quality. Furthermore, it cannot be forgotten that one of the main pillars of Galician cooking is the professionalism of its experts. Galician chefs are found world-wide.