Madrid Recipes: a culinary delight from the capital of Spain

Historically speaking, Madrid has always had a magnetic effect on the remaining Spanish regions. Whether due to the fascination for the Court, or to look for work and a better future than that offered in the countryside, over the years this region and the capital of Spain has become a melting pot of people, cultures and gastronomies. Madrid accepts all types of influences from all types of cooking. It does have its own dishes which, although they did not originate in this area, have become "madrileño" over time 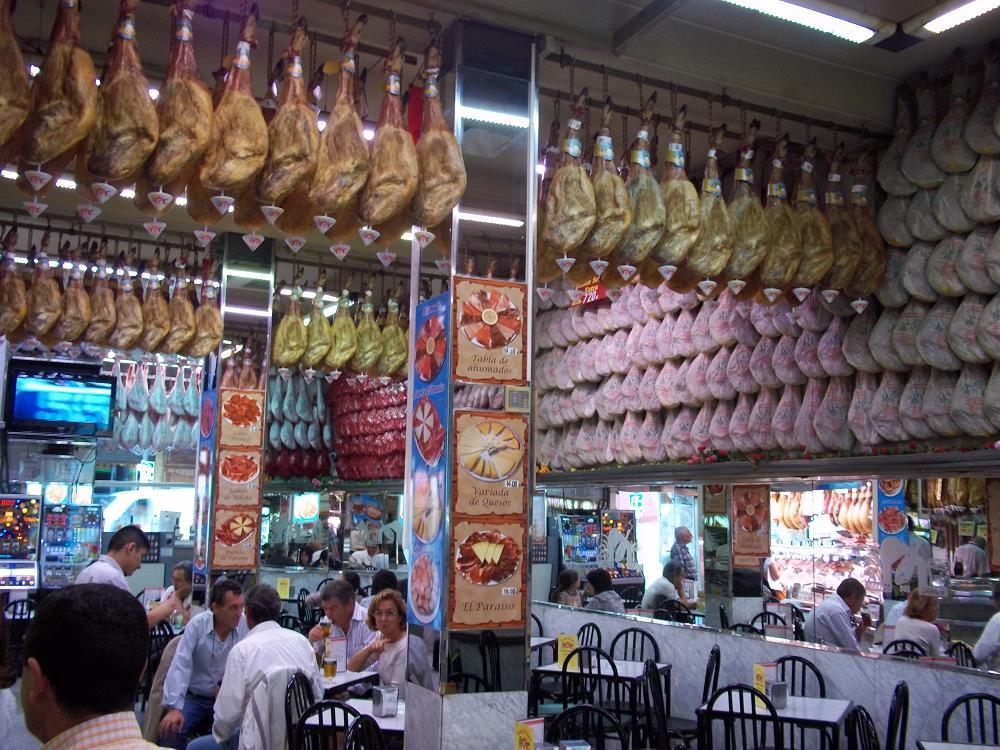 The traveller who visits their local bars, will see that for the locals of Madrid, breakfast consists of white coffee and toast and butter or oil. However, more importantly, the traveller will see that the "madrileño" has a passion for the slender, curly fingers called "churros" or the larger "porras".

The typical midmorning snack is the a slice of spanish omelette accompanied by a small glass of beer called a caña. When enjoying the Spanish custom known as "tapeo" - going from bar to bar eating tapas, the visitor will discover that although Madrid is a totally interior region, the locals have a weakness for seafood. Prawns, which can be boiled, grilled, "con gabardina" (cooked in beer), or served with garlic sauce, mussels, which can be steamed or pickled, fresh anchovies in vinegar and bonito which is also pickled are the most popular "tapas" dishes, although they are certainly not the only ones: croquettes and mini-casseroles with almost every ingredient you can imagine are also found among the region's typical tapas dishes. 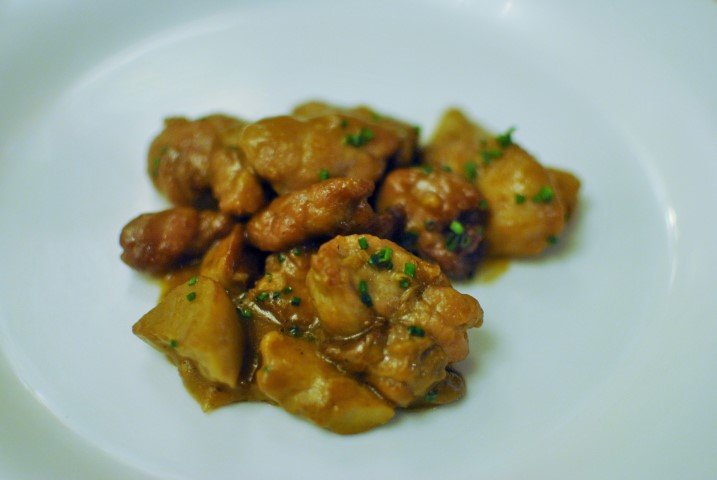 Mollejas salteadas: Many people think of sweetbreads (mollejas) as an exotic ingredient served only at upscale restaurants, but they are actually simple to prepare at home... A classical Madrid tapa, by the way!

But if we wish to really understand Madrid's cuisine, we must not forget "cocido" (meat, potato and chickpea stew) and tripe (callos). Although neither of these two dishes was originally from Madrid, it is true to say that it was this city that gave them their special character 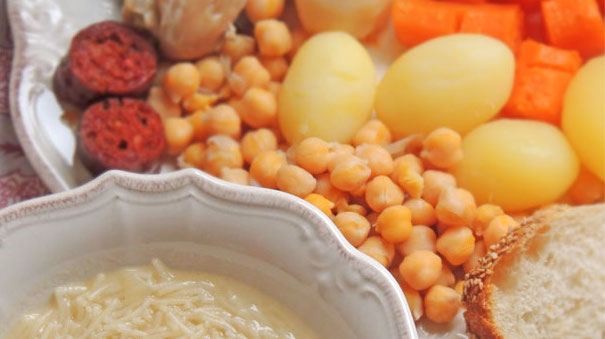 "Cocido madrileño" could be defined as a combination of all the "cocidos" prepared in the rest of Spain and even America and its preparation depends more on the availability of products and the climate than anything else. As a result the chickpea has become the most valued pulse in the region. It is in fact used in many more traditional dishes other than the "cocido", such as the chickpea and vegetable stew and is often served with spinach and cod. However, the chickpea is not the only legume used in Madrid's cooking. Others which have acquired special status are the lentil, which is eaten with "chorizo", and the haricot bean.

Madrid: A Gateway to the Sea

Seafood is not only present in the tapas of Madrid. The city receives fish and seafood from nearly every harbour in Spain, given the fact that it is practically equidistant from all of them. At Christmas, the most typical dish is red bream, which is currently in competition with hake and sea bass. But Madrid and its surrounds are a real paradise for meat lovers.

Basque and Castilian carveries have started to spring up throughout the region, which have granted the T-bone steak and the suckling pig the right to exist in the area. With the Court established in Madrid, game became popular, including wild boar, fallow deer, and especially partridge and pheasant.

With regards poultry, the most popular is chicken. "Casquería", or alternative meats include: fried giblets, sweetbreads, etc., and are typical Madrid dishes. The people of this city love pickles: gherkins, olives, marinades... 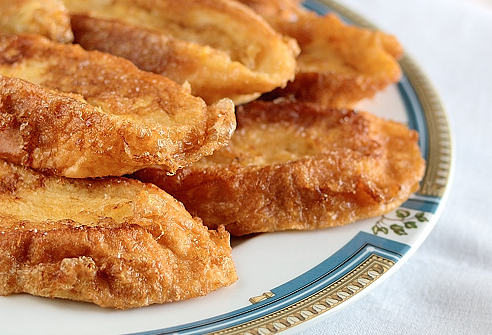 Some of the most important dessert ingredients include the strawberries from Aranjuez and the melons from Villaconejos. But apart from these typical fruits, the region also enjoys a variety of sweet desserts which are normally served during fiestas. Typical examples are the "torrijas", a type of bread pudding which is normally eaten during Easter, the "buñuelos", a type of fritter which is filled with custard, chocolate and cream and the "huesos de santo", marzipan shapes which are traditionally eaten on All Saints' Day, etc.