Tocinillo de cielo (Heaven's little pig) is one of the most surprising desserts of the Spanish gastronomy. We could compare it, in sweet version, with the potato tortilla. 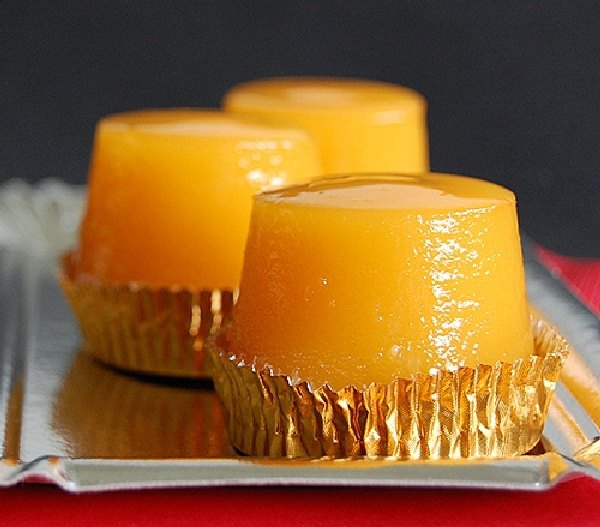 From ingredients of common use (eggs, water, sugar) and using a technique of not at all particular elaboration, we get incredible results with little effort!

Created in the early years of the last century, when wineries from Jerez de la Frontera donated the leftover egg yolks of the clarification (the egg whites are used to clarify the wine) to the nuns. These, with divine success, mixed them with syrup and they treated to the bath Maria, thus was born tocinillo de cielo... God blesses them!

Put the sugar in a saucepan with the water and heat until the syrup goes golden brown.

Cover a baking tin evenly and put to one side. Put the sugar and water in an earthenware dish and heat until the syrup goes stringy.

Beat the egg yolks and slowly add the syrup, stirring with sticks. Strain and pour into the caramelised tin.

When the tocino has set, remove from the oven, leave to cool and take it out of the tin.