Of Arabic origins, this sweet, made essentially with an almond base and honey, turron is an indisputably an important item on any Christmas table. 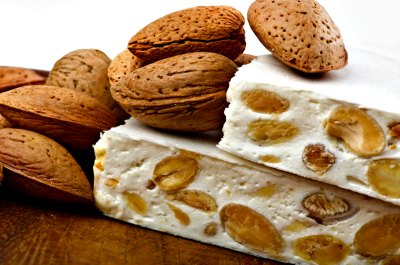 Turron from Alicante is a nougat obtained by cooking honey and adding toasted almonds (usually peeled) and egg whites and kneading it to form a rectangular or round tablet. It is characteristically hard and it is known especially for the presence of whole or nearly whole peeled almonds. Despite the obvious industrialisation of its production, the process is still basically the same as it traditionally has been for centuries.