Bursting with sparkling flavor, this clean version of sangría is unique in its use of ice cubes made from apple juice. For parties, this can be served in a large, transparent punch bowl next to a transparent bowl containing traditional red sangria. This pairing provides a beautiful contrast, provided they are not immediately consumed by eager guests, as is often the case. 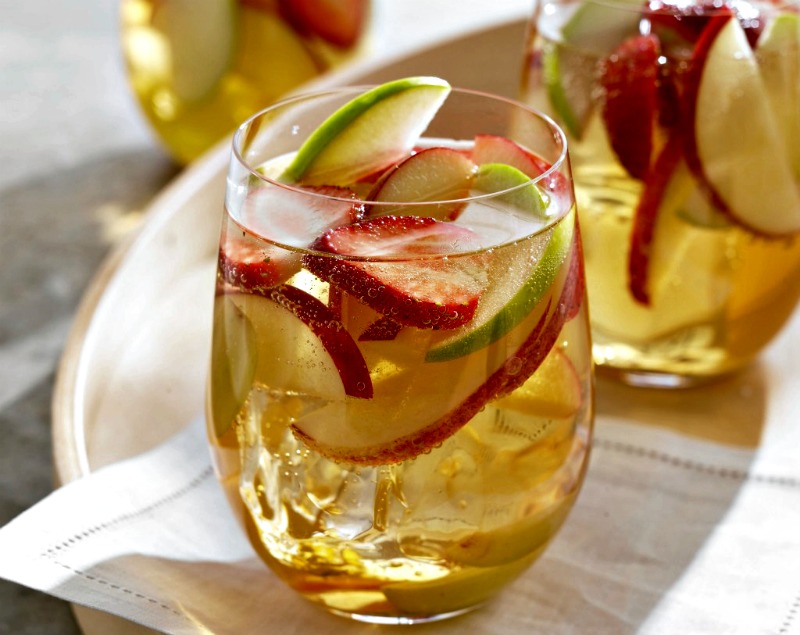 Combine the water, mint leaves, sugar, and cinnamon in a small saucepan, and bring to a boil over medium heat. Reduce the heat and simmer for several minutes. Remove from the heat and allow to cool. Once the mixture has cooled to room temperature, remove and discard the mint and cinnamon sticks.

Transfer the remaining mixture to a large serving bowl.

Add the wine, peaches, pears, and the orange and lemon slices to the serving bowl. Mix well, and refrigerate overnight. Immediately before serving, mix in the sparkling apple cider and the apple juice ice cubes.