The Autonomous Region of Aragon has inherited its rich gastronomy from the different cultures which have passed through the region over the centuries. It knows how to exploit its local products and today its cuisine is described as classical. The great geographical diversity of this region has given rise to top quality products which are as varied as the land's orography. 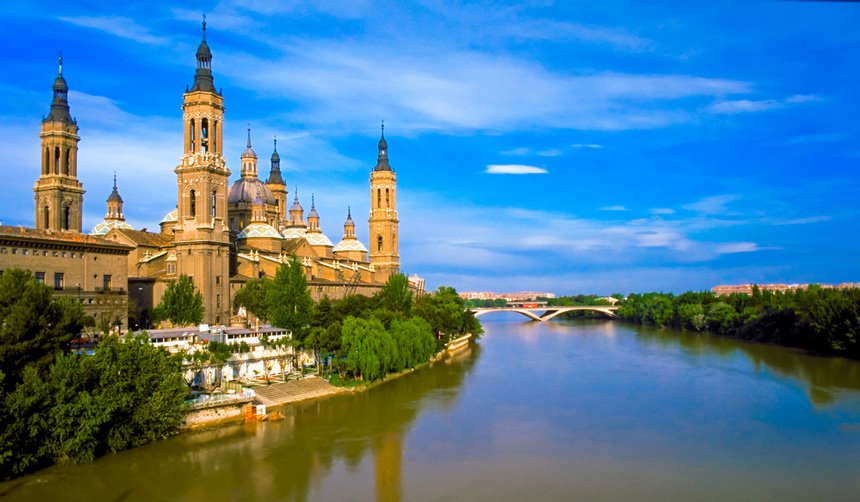 Aragonese cuisine is based on popular stews which vary in accordance with the area where they are prepared. Traditional recipes are currently being modernized but will always maintain their characteristic simplicity and honesty.

The Aragonese market garden offers a great variety of fruit, vegetables and pulses, including the thistle and borage which, due to their increasing popularity, are often seen on the menus of top restaurants, haricot beans, onions from Fuentes, asparagus from the banks of the River Ebro and the oils from Lower Aragon, whose excellent quality is due to the olive used in their preparation.

The fruit grown in Aragon is admired throughout the rest of mainland Spain: pears, apples, cherries, plums, peaches with D.O. from Calanda and recently cultivated strawberries, which are as good as the best wild specimens.

The Autonomous Region of Aragon is a land of hearty dishes bursting with aroma and taste and which frequently contain meat, especially lamb. Ternasco with D.O. is very appreciated (the Spanish word "ternasco" comes from the word "tierno" - tender - and refers to the suckling lamb) and has been exported to other autonomous regions in Spain.

Chicken is also very popular and years ago used to be eaten at festivals, giving rise to a very admired Aragonese dish: "pollo al chilindrón", a chicken stew (lamb can also be used) which is prepared with onions, tomatoes and red peppers.

Also worth special mention are the wonderful sausages and salted meats, such as cured ham from Teruel, "arbiello" and "longaniza" sausages from Aragon.

There is one product which can only be found in this region: "fardeles" from Calatayud and Daroca, which are made with pork liver and spices. Rabbit and hare stewed in their own blood ("civet"), partridge, deer, roe deer and wild boar are excellent examples of its game cooking.

But not all Aragonese cooking is based on meat. This region also prepares dishes using river ingredients. Trout, eeleven the frog can be used to make natural well-seasoned dishes.

Bread is another basic component of this cuisine which adopts many forms and names depending on the region.. Fruit is often eaten at the end of a good meal, but there are also excellent and traditional local desserts. 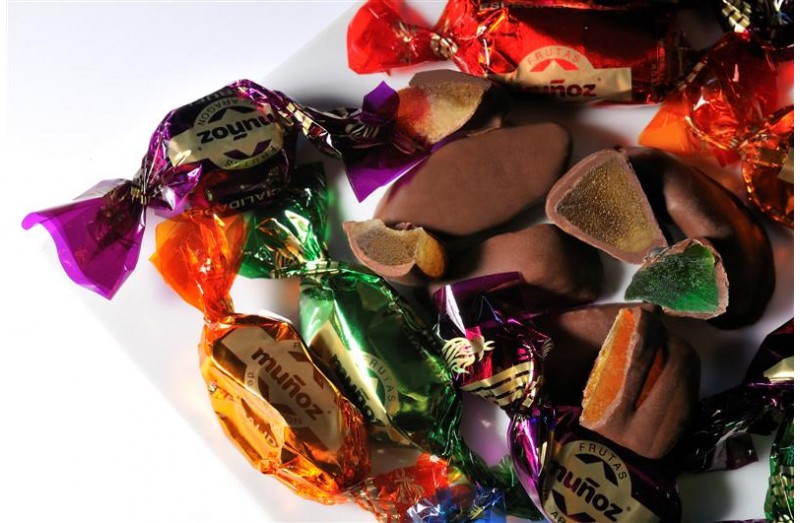 The chestnut is used in the preparation of many sweets. The almond is used to make "guirlache", made from toasted almond and lots of caramelised sugar. Fairy cakes are found throughout the region and often fruit is used to prepare a typical dessert, such as "frutas de Aragón" (sugar-candied fruits covered in chocolate). "Almojábanas" (cheese flavoured rolls), "tortas de alma" made with pumpkin, honey and sugar, "trenza de Almudévar" with nuts and raisins soaked in liqueur, and many other dishes make this region a paradise for the sweet-toothed traveler.

The following Denominations of Origin exist in this region: Cariñena, Campo de Borja, Calatayud and Somontano. They also have a D.O. of cava which it shares with other Autonomous Regions.

Aragon also prepares its own drinks, reminiscent of the home-made liqueurs of long ago. One of these drinks is the Colungo liqueur from Huesca. This full-bodied liqueur is made from morello cherries and cinnamon. Fruit liqueurs (wild berries, cherries) or nut ratafias are excellent digestives after a meal.

Gallina en Pepitoria (Braised Hen in Almond Sauce): This dish has its origins in Aragon and in neighbouring Navarra, though it is highly valued in other parts of the country as well. Most people serve it on festive occasions, but I don't wait for a special day, since it is both easy to prepare and delicious, especially wedges of fried bread served alongside. 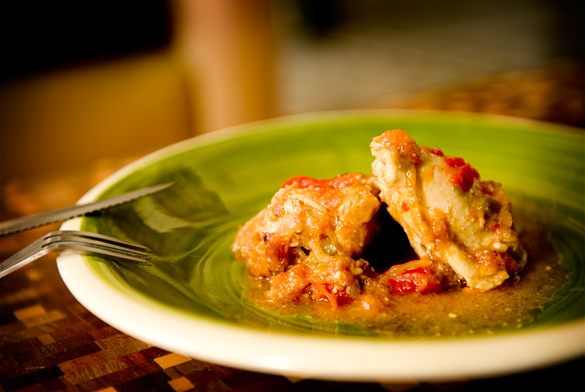