Navarra, the taste is found in variety

It is said that taste is found in variety and of all Spanish regions, the Autonomous Region of Navarra has the most varied landscape. Valleys alternate with thick forests, splashing waterfalls and major rivers. 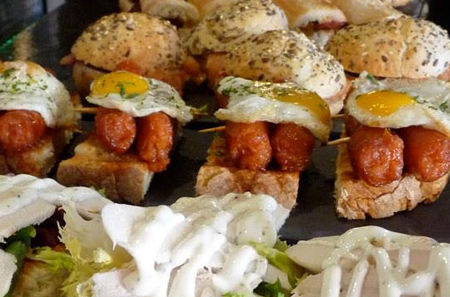 The same can be said about its culinary offer and the products which are used change from zone to zone, depending whether the traveler is in the Pyrenees, near a river or in the centre of the region, which is characterized by pastureland and green valleys. However, one thing never changes: Navarra boasts generous landscapes and products, a fact which are reflected in the character of its people, regardless of the area.

Another common element is its preference for using totally natural ingredients which give an unmistakable flavor to its dishes: the taste of good food, which captivates the traveler to Navarra. The crops and market garden produce are now grown in special areas similar to those of the old Kingdom, which was very well-known for its good food.

From the mountain to the market garden

The Pyrenees mountains border the Region of Navarra. Typical products found in abundance in this area include milk, cheese, meat, including both lamb and beef, chestnuts, hazelnuts and the famous potatoes of Aézcoa. Market garden produce is excellent and includes tomatoes, barage, peas, lettuces, peppers, thistle, cabbage and chard.

The west Pyrenees are experts in their preparation of river trout or the very appreciated but increasingly less available salmon of Bidasoa.

And as a starter, the traveller should not miss the opportunity to try the asparagus grown on the river banks, the small red peppers and the artichokes from Tudela. Food has always been good in Navarra.

This may be due to the influence from the monasteries found throughout the region, where not only the spirit was pampered but also the stomach. From the young white beans of Sangüesa, to the pork legs, the visitor has all he could ever wish for at his disposition with regards the great variety of products and typical dishes.

It is totally compulsory for the visitor to try the "cordero al chilindrón" - lamb stew - in Pamplona and of course the garlic and olive oil toasties , the pork or roast suckling pig from Estella and the cherries from Ciriza. These and other dishes are what is known as "morish", because whoever tries them wants second and third helpings. Apart from beef and pork dishes, it is important to mention those dishes made with game, including pigeon, roe deer, hare, partridge and quail.

Over the last few years, a new dish has been added to the Navarra cuisine which has become extremely popular: the fattened duck from Aranaz, which produces excellent foie-gras.

With regards bodegas, the most important are Julián Chivite, which has quality selection of white, rosé and red wines and Bodegas Ochoa in Olite, Irache, Príncipe de Viana and Señorío de Otazu.

"Pacharán" is a typical drink from Navarra and is made by mixing sloes with aniseed or plain liqueur. This liqueur, which was originally used for medicinal purposes, is currently manufactured on an industrial level, although in Navarra there are still many home-made variations around. 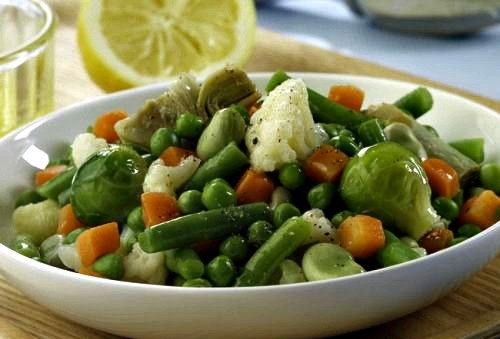 Menestra de verduras: Menestra is one of the irreplaceable dishes of Navarra cuisine. Menestra can be served as a side dish to fish or meat, or as a main course in its own.